The best cheap GoPro deals and sales for February 2020

By Brendan Griffiths Looking for a cheap GoPro action camera? We’ve rounded up all the finest deals and sales around.

Looking for the best GoPro deals? Well, you’ve come to the right place. We’ve been scouring the internet for the biggest GoPro discounts and have rounded up all the best deals available for every action cam, from new ones like the Hero 8 Black to recently discontinued models like the Hero 7 White.

A model by model rundown of the best GoPro prices

You can get some seriously discounted GoPro sales on older models as you get further down the page. GoPro themselves reduced the MSRP/RRP on a number of cameras recently to head off some pretty aggressive competition from rivals.

Top of our best GoPro deals list is the new GoPro Hero 8 Black, but for those who don’t need all those high-end features, there are plenty of other options to choose from. We’ll run through the spec of each model making it easy for you to compare them all. So whether you’re after the smoothest 4K scene shooting, or after a reliable budget price 1080p option, we’ve got you covered.

The best GoPro action camera yet

GoPro Hero 8 Black launch price: $399 / £379 / AU$599.
The newest member of the GoPro family is more about internal improvements over radical redesigns. But make no mistake, the GoPro Hero 8 Black is the best action camera the company has ever made.

Image Stabilization 2.0 combats the most chaotic of scenes you can throw at it and there’s a better microphone on the device now too. The water resistance is a solid 10m and the shock resistance rating of the Gorilla Glass lens cover has been doubled – especially handy if you’re likely to make a mess of a landing or take a bit of a beating from the great outdoors.

Additional mod attachments will be available soon too. A media mod adds a shotgun mic, extra ports and cold-shoe mounts for extra accessories. The display mod adds a larger rotating display and the light mod attachment adds a 200 lumens bulb which will illuminate scenes within three feet.

The best GoPro with a 360 degree camera

GoPro Max launch price: $499 / £479 / AU$799.
If you want to film your latest adventures in full 360-degree vision then the new GoPro Max is the action camera you’ve been looking for. Its launch price is much cheaper than the older GoPro Fusion was on day one too.

We’re glad to see a proper display screen on the GoPro Max as that was a feature we sorely missed on the older Fusion 360 degree camera. If filming in 360 isn’t that high on your priorities, then the GoPro Hero 8 Black is the better camera for you, although the mic quality on the Max is better.

The GoPro Max only requires one memory card now and stitches the footage together in-camera, making editing much simpler and the Max HyperSmooth technology does a much better job at leveling the horizon out – as long as you keep up your end of the deal by not flying over the handlebars and into a tree that is.

A great camera, with falling prices

The resolution and frame-rates may be similar to the older 6 series (we were bound to hit a wall sooner or later), but GoPro has vastly improved its enhanced form of image stabilization called HyperSmooth. This new motion smoothing technology can be used in numerous shooting modes to record the smoothest possible video running at 60fps. The voice-activated commands are more responsive than older models too. SuperPhoto tech performs automatic improvements on lighting colour and noise-reduction across multiple frames. ProTune options allow you to take the safety wheels off and tweak setting to your own particular style too.

If you just can’t wait to show off your days fun until you get home, you’ll be delighted to hear you can now live stream with the GoPro Hero7 Black via the app on your phone, which has also been simplified to get you filming quicker than ever. Finally, unlike previous models in the GoPro Hero Black range, the camera is actually black this time, making mistitled deals much easier to spot.

Cheaper but lacking some of the latest features

So you’ve seen that the GoPro Hero7 Silver prices are a decent whack cheaper than the Black edition. But what’s the difference between the Hero7 Black and the Hero 7 Silver? The Silver still shoots in 4K but at 30fps instead of 60fps so the picture isn’t as smooth, but still impressive. The 1080p fps capabilities are lower too. You don’t get the new HyperSmooth, SuperSmooth or Live Streaming features either. For the price though, this is still an extremely capable, durable and waterproof action camera. There are cheaper models available on this page though if some of the features seem like overkill or it’s still a bit pricey.

No 4K, but very cheap for a GoPro with a touchscreen

That’s seriously cheap for a new GoPro camera. The GoPro Hero7 White prices indicate this is the budget entry in the latest GoPro range, priced close to the original prices of the unnumbered Hero model released earlier in 2018 or the Hero Session line. As you can tell by the specs mentioned above compared to the other Hero7 cameras, this has a more entry-level feel with the main omission to note being the lack of 4K video shooting. You do get a touchscreen though. If you’d be happier with 4K shooting instead of a touchscreen though you might be able to get a similar price via one of our highlighted GoPro Hero5 Session deals further down this page.

Still worth a look if the price is right

This is still an excellent GoPro camera with 4K recording at a super smooth 60 fps (frame per second). Image stabilization is super important given the active lifestyles most GoPros record, so it’s great to see this model improve even further on older ones. Even the 1080p recording has been improved with a boost to 240fps – excellent for maximizing those slow-motion shots! We expect the price to drop on this one over time with the new Hero7 Black now on the scene. If the prices are still close though, you may as well opt for the new one.

Decent 4K shooting (albeit at 30fps)

The Hero5 Black is the GoPro we wanted for years. It was the first GoPro to have a waterproof design out-of-the-box, making it more resilient and the camera has enough to make it a convincing update on the older models. The picture quality is better, it has video stabilization and the touchscreen makes it easier to use than any other GoPro before it. Sale items aside, it’s often cheaper than the older GoPro Hero 4 Black now too.

Great value for a GoPro with a touchscreen

Update: We’d imagine this model is going to be phased out soon despite still being quite new. This is because it’s pretty much identical to the ever newer GoPro Hero7 White in terms of capabilities. Actually, it’s looking like the Hero7 White is currently cheaper! Always worth keeping an eye on this one though as clearance sales should mean potential discounts.

The simply-named GoPro Hero is cheaper than most other Hero models. You’re not getting 4K capture options, but you are getting a display and a touchscreen, features many of you might miss from the other budget GoPro option, the GoPro Hero Session. There was an older GoPro Hero released years ago and if you want to avoid getting that one by mistake, avoid models with a big, round, red light on the front as they can pop up in search results. They’re not much cheaper, sometimes even more expensive and aren’t as good as this 2018 version.

The small, but still 4K-capable GoPro

The GoPro Hero5 Session is a capable 4K action camera with a minimalist design that pushes the specs to the max within its cube-shaped confines. The Hero5 Session is also a major specs boost for GoPro’s tiniest action camera. It now shoots stabilized 4K video and has a variety of new field of view modes. It’s more expensive than its predecessor, but it’s well worth the upgrade.

The model, simply called the GoPro Hero Session, has replaced the very similar GoPro Hero4 Session. They’re the same price and considerably cheaper than the most recent GoPro Hero5 Session. Actually, looking around at the various GoPro models, this looks like the cheapest of the lot seeing as the older GoPro Hero is proving hard to get a hold of nowadays. So if you want an entry level GoPro, this could be the one to go for.

Looking to take to the skies with your GoPro camera? There are certainly cheaper camera drones available, but this is one of the best premium setups out there. You can buy the drone on its own (often listed as ‘GoPro Karma Light’ or ‘GoPro Karma with harness’), or get it bundled with the excellent GoPro Hero5 Black camera (some retailers may start to replace these bundles with the more modern Hero6 or Hero7 models instead).

We’ve also included price comparison charts for both below, but you may be able to save a bit of cash by buying the drone and camera separately (check out the various GoPro Hero Black deals near the top of this page). You’ll find the best GoPro Karma prices below though.

$899.99
View Deal
We check over 130 million products every day for the best prices
Today’s best GoPro prices and deals 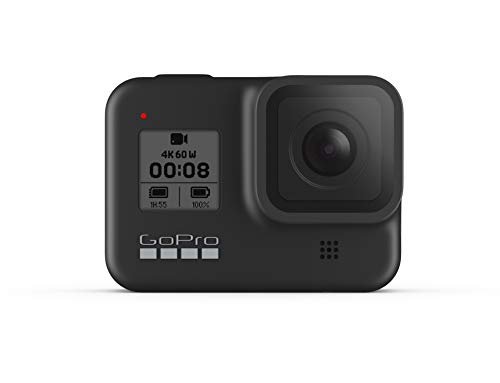 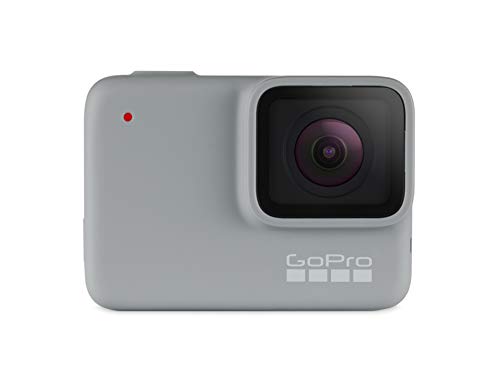 $199.99
View Deal
See all prices
We check over 130 million products every day for the best prices