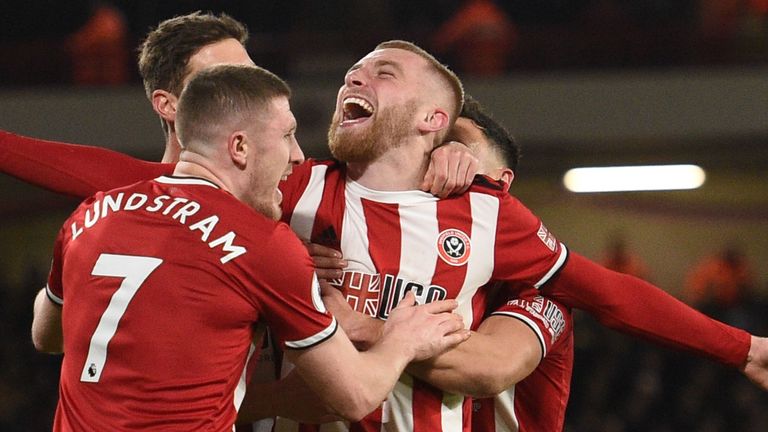 West Ham had an injury-time equaliser overturned by VAR as they lost 1-0 away at Sheffield United. Robert Snodgrass scored in the 93rd minute but replays spotted a handball by Declan Rice in the build-up. Oli McBurnie’s goal sends Sheffield United fifth in the Premier League.

Before the game, Sheffield United manager Chris Wilder signed a new four-and-a-half year deal at the club until 2024.

Manchester United are closing in on a deal with Sporting Lisbon to sign Bruno Fernandes, according to Portuguese journalist Filipe Dias. Speaking to Sky’s Transfer Talk podcast, Dias said Sporting will be forced to sell the midfielder due to financial difficulties.

Aston Villa have agreed a deal with AC Milan to take goalkeeper Pepe Reina on loan for the rest of the season.

Anthony Joshua and Kubrat Pulev have set a deadline for negotiations over a world heavyweight title fight.

And, Prince Harry will be back at Buckingham Palace next week to host the draw for the 2021 Rugby League World Cup, in his first major engagement since he and his wife, Meghan, the Duchess of Sussex, announced they were stepping aside from their positions as senior royals.

FREE TO PLAY: Do not miss your chance to land the Â£250,000 jackpot for the sixth time this season.

Fast And Furious 9: 4 Reasons John Cena Is A Perfect Addition To The Family